I found new nightstands! Finally. Yup, that took a while. Before I jump into the new, let’s go over this again. You might remember my old nightstands? They were about 16 inches too tall for my bed and belonged to my parents. I’d promised them I would eventually return the side tables and when they bought a new bed for their guest room, I knew it was time. Their new bed is the perfect height for these tall, dark, and handsome guys. 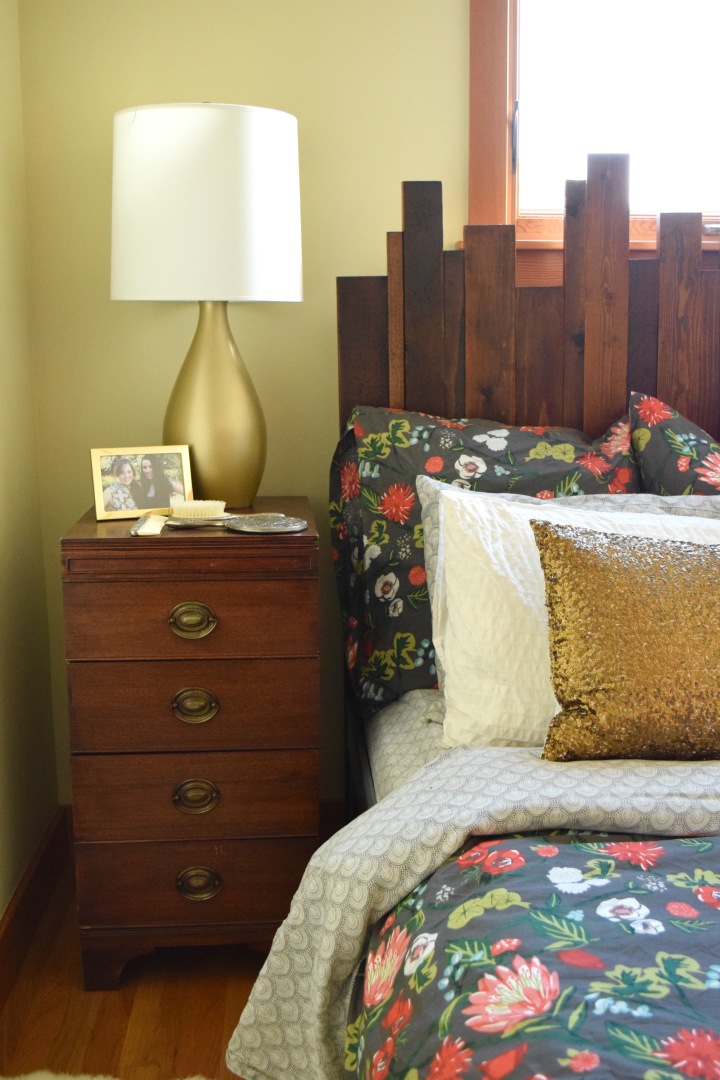 I’d been checking craigslist, yard sales, and estate sales for about 8 months now, searching for anything that I could substitute these guys for. I needed something about 20″ – 26″ high and no more than 24″ wide. The width was a major issue, as I truly only have 25″ on either side of my bed. Any nightstand wider than that simply wouldn’t fit in the room. The deeper, the nightstand, the better, as I am lacking in storage. I hoped for something with lots of drawers I could fill up. My love of symmetry demanded there be two identical ones. After months of looking, I finally landed on this somewhat promising looking ad: The nightstands looked functional and the drawer was much needed, plus there were two of them and the price was decent. I didn’t love the color, but I figured I could always paint them green or white or blue. The fact that they only had one drawer, deterred me slightly, but I had yet to find anything else that would come close to fitting in my space. Plus, I could always stick a basket there and fill that up. I figured I might as well give it a try. I emailed the seller to see if he’d take $50 for both of them. He agreed to the price and I met him the next day with cash. When I took a look at the nightstands in person, I was disappointed. His measurements from the ad were completely wrong. The nightstands are 20 inches wide, 14″ deep, and 24.5″ high. It may seem like only a slight difference, but when you’re lacking storage and need incredibly functional nightstands, every inch counts! My plan to paint them would still work, however, the wood finish was in such good shape, I was hesitant to even do that!

I turned to the seller and told him that the nightstands were a lot smaller than what I was anticipating and I didn’t want them. He was surprised, but he really wanted to get rid of them. He offered me $40 for both. Now, a normal person would simply have walked away. They didn’t really fit my needs, right? I am not a normal person. This was such a deal! Two solid wood, matching nightstands in great shape with dovetail joints? This isn’t an everyday find. Maybe I’d learn to love them. At $20 each, they were significantly less expensive than anything else I’d see. Most people on craigslist were asking for $200 per nightstand. Way out of my budget. So what did I do?

I handed over two twenties and left with the nightstands of course.

I have no will power. None. At all. Whatsoever. Just ask that bar of chocolate in my kitchen… Oh wait. You can’t. I already ate it!

I brought the nightstands home and wiped them down with Honest Multi-Purpose spray. Once they were clean, I moved them into my room. I didn’t want to buy baskets for them just yet, so I filled the bottoms with what I had lots of: books. They looked… okay. Sigh. Not exactly the magical moment I was hoping for… 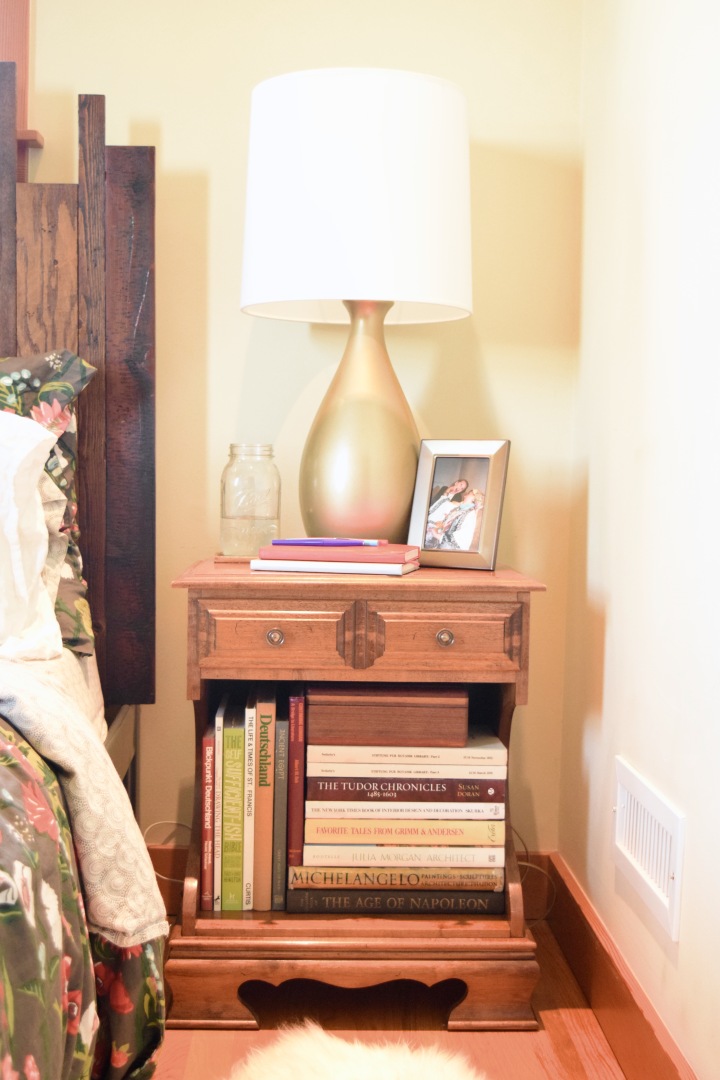 Even if that photo had been taken when the weather was sunny and the lighting cooperative, they general idea wouldn’t change much. The new nightstands just didn’t look right in the space. Dang! The books certainly were not helping. The color of the nightstands contrasted both from the red tone of the fir woodwork in the house and the espresso finish on my headboard. This was not good.

I tried one more time to make things look a bit better and filled the nightstands with blue and green books in tones similar to that in my bedding. This helped things, but honestly, the nightstands were still not doing it for me. Sure, the book storage was great and I could even slip my laptop in there among them, but I lost tons of storage overall and this just didn’t look great. 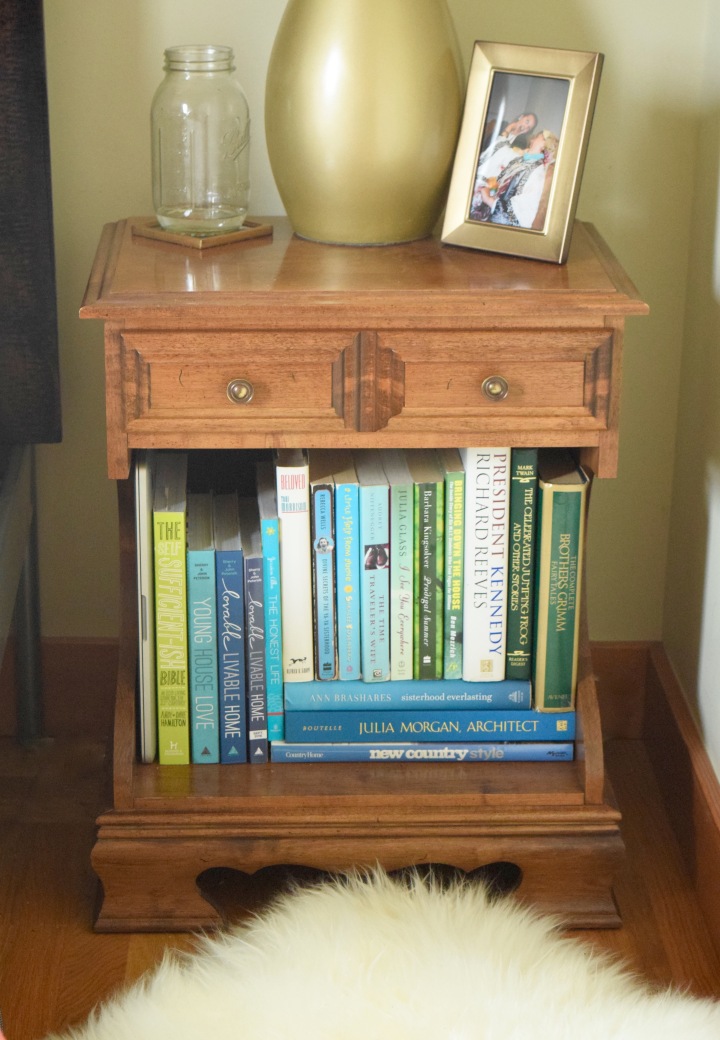 I was somewhat surprised that I had enough books in these color tones to fill the other nightstand. I have a lot of books. Possibly too many, but whatever, I love them. And I re-read them! Also does anyone else see a monster peeking up out of the floor in the shadow outline of the bottom of the nightstands in between the feet? Just the top of his head, two little ears sticking out?Just what I need, right? A monster hiding in my bedroom. As if I don’t already have enough stress dreams! 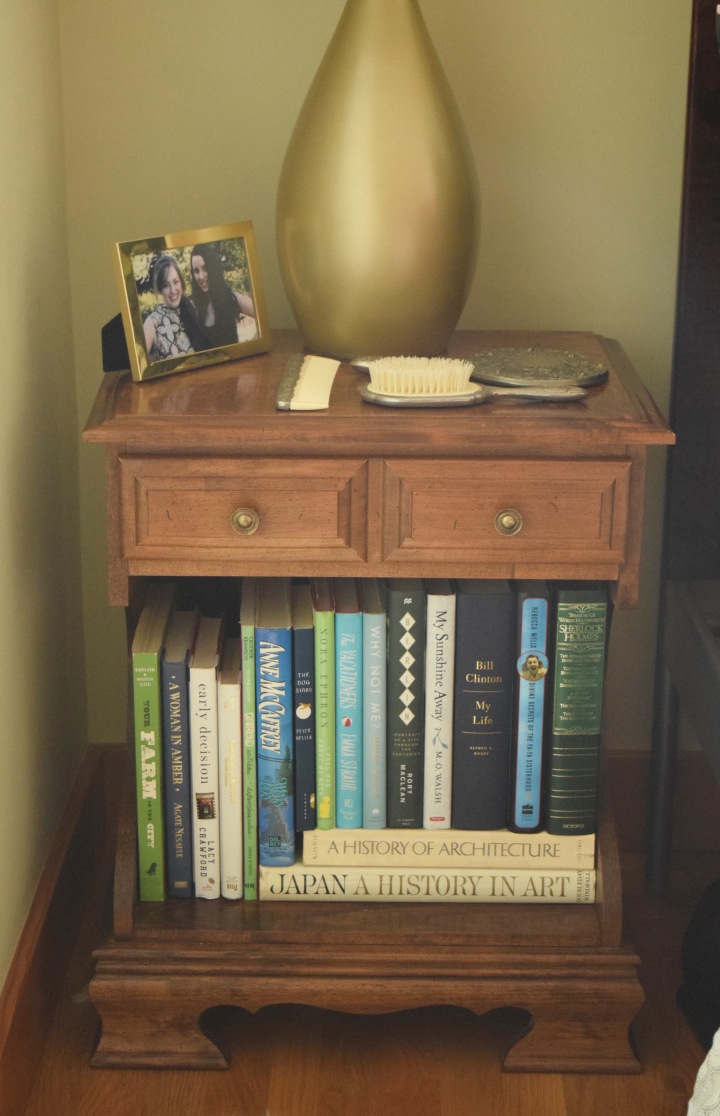 Still this look… wasn’t working for me. I thought, maybe if I lived with them I’d learn to love them. So one month later here I am. What have I decided? Nothing. What have I created? A Pro/Con List.

Conclusions? These nightstands work in some ways, but not others. If I didn’t need more storage they would be okay. I don’t love the look, so why keep them? I’ve already started looking for new ones on craigslist. I also have high hopes for a nice sunny spring day hitting up some Santa Cruz yard sales too. My Aunt Pat is the queen of Santa Cruz yard sales and we could make a fun day of it. If only it would stop raining!

Yay for mistakes! Someone told me once to be proud of your failures, because how else do you learn? In fact, she told me to yell it out. So, here it goes. I FAILED!! These nightstands were the wrong choice.

Moving on. What have I learned? Sometimes, you should just wait it out until you find something truly perfect for your space. Once I find new nightstands, I’ll sell these guys on craigslist and hopefully make a small profit. Someone else out there must be looking for matching nightstands right? Fingers crossed! It certainly has been a rough design rollercoaster in 2016. I’ll share some other not so great things I’ve bought recently later this week. Oops! 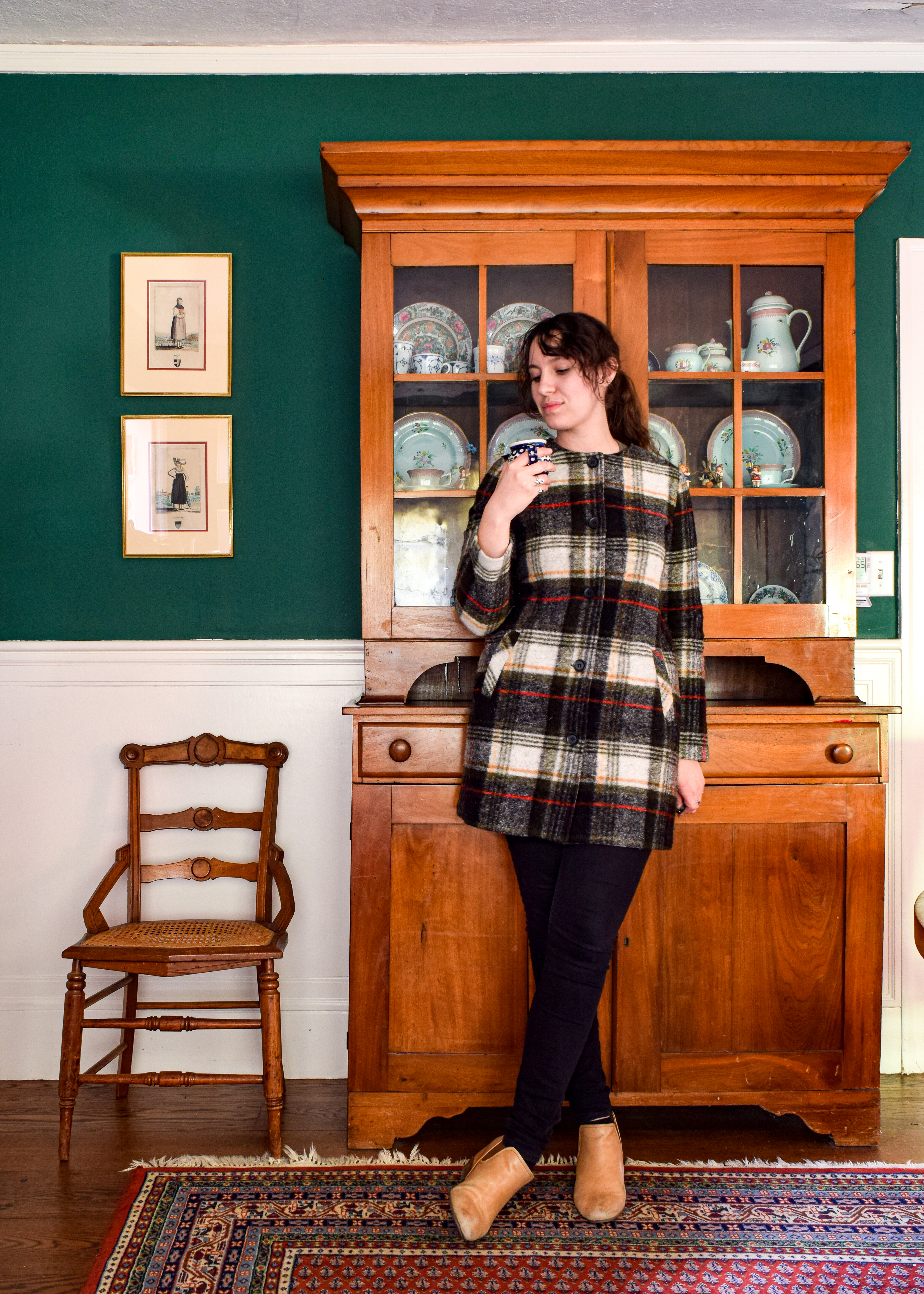